Highlights of CFA’s advocacy on behalf of farmers in 2017

As 2017 comes to a close, the team at the Canadian Federation of Agriculture (CFA) is pleased to bring you a quick overview of some of the year’s best moments in advocating for farmers. We looked back at our lobby events, our agricultural policy projects, our collaborations with our members, and our partnerships with other organizations dedicated to advancing Canadian agriculture. Check out our ‘Top 10’ list below. There have, of course, been other successes in 2017 – a reflection of our industry’s creativity and diversity. The outlook for 2018 shows great things to come!

“Thinking back over 2017, I feel that CFA stood out for being able to activate its network on key issues facing farmers. The dedication of our members is certainly clear to policymakers. And our staff’s agility and resourcefulness showed that we’re very effective in seizing on challenges in a timely and professional manner.”

1- Tax proposals rolled back after successful campaign by CFA

When Finance Canada unveiled its Tax Planning Using Private Corporations proposals, CFA quickly voiced concerns with the complexity and the lack of timing for the consultation period, which occurred at peak harvest season. CFA took action in partnership with its members, by way of the following activities:

We have maintained our connections at Finance Canada with a view to addressing the outstanding concerns, and will follow-up once legislation is tabled in Parliament. 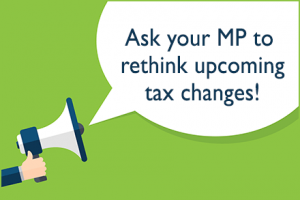 2 -Calling for a “do no harm” approach to NAFTA

CFA is working diligently to strengthen the Canada-US-Mexico trade relationship and maintain close contact with Canada’s lead NAFTA negotiators. Our advocacy in support of NAFTA has included: 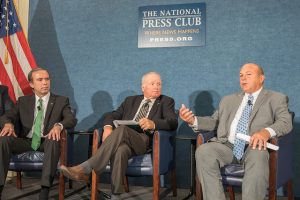 Apart from NAFTA, there were several other shifts in the international trade paradigm. CFA participated in many domestic and international meetings, submitted position papers for various consultations and presented views to many elected officials.

Regarding TPP11, CFA executives have urged government negotiators that if Canada proceeds with signing on, then the terms of the new agreement – including any market access granted – must reflect the loss of the United States from the original deal.

Throughout the year, we met with dignitaries and farm organization representatives from the European Union, Japan, China, and Australia to discuss various perspectives on trade.  CFA took part in the Cairns Group Farm Leaders meeting held just prior to the WTO Ministerial Conference held in mid-December 2017. 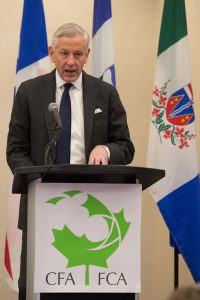 When the Chair of the Finance Minister’s Advisory Council on Economic Growth pointed to agriculture as one of Canada’s most promising industries, farmers were elated to know that an acclaimed policy expert was showcasing the value of their work.

Released in early 2017, the Barton Report identified Canada’s agriculture and agri-food sector as a focal point for a strategic, whole-of-government approach to mobilize investments around a common vision bringing together industry and government. That advice reflects the vision set in the 2017 Federal Budget to increase agriculture exports to $75 billion by 2025. Since then, CFA has been working to leverage both report and subsequent budget nod to secure the investments needed to achieve the goal.

CFA welcomed Mr. Barton as a speaker during the 2017 AGM, where he offered more detail on the council’s  findings as well as the path to achieve greater success. He also answered questions from farm leader from across the country.

We also cited the Barton Report in many submissions to the government, including our 2017 Pre-Budget Submission as well as the National Food Policy Submission.

4- Celebrating agriculture as part of Canada 150

In honouring Canada’s 150th birthday, CFA celebrated agriculture’s role at the foundation of our country over the past century and a half. We designated this as a year-long theme for many CFA events, including the 2017 AGM, at which members heard keynote speeches based around the theme “Canada’s 150: Our Farms, Our Food, Our Future.” We produced a range of materials including an infographic, exhibit banners, and social media content,  and featured them at high-profile events such as the inaugural Canada’s Agriculture Day, the FPT Minister’s Roundtable, Food Freedom Day and the Parliamentary Harvest Reception.

The Canadian Federation of Agriculture (CFA) was pleased to see that several of its concerns were addressed by Canada’s agriculture ministers as they shaped the new suite of government agriculture programs, titled the Canadian Agricultural Partnership (CAP). The CAP was announced in July 2017 and the programs are set to launch on April 1, 2018.

However, concerns remain with the structure of Business Risk Management programs, particularly with AgriInvest, where annual matching government contribution limits based on allowable net sales were reduced. In collaboration with the AgGrowth Coalition, CFA called for a BRM review to create an opportunity to build new partnerships between government and industry that will optimize BRM programs for the future. CFA was very pleased to see this recommendation accepted, with FPT governments agreeing to this review. Early findings from the review will be brought forward for consideration at the July 2018 federal/provincial/territorial (FPT) agriculture ministers’ meeting. 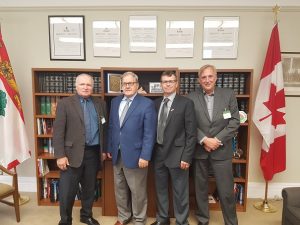 In late October, CFA members gathered in Ottawa for their annual fall Lobby Day and Harvest Reception, where board representatives took key policy  recommendations to Parliament Hill. They delivered a unified perspective on agricultural priorities in meetings with more than 40 MPs and Senators from across the political spectrum. The Lobby Day helps keep agriculture issues top-of-mind for elected officials and helps to develop relationships between CFA members and policymakers.

This year’s Lobby Day topics focused on the Tax Planning Using Private Corporations proposals and NAFTA negotiations, as well as the overall growth potential of the sector.

Read the issue summary that CFA representatives hand-delivered during meetings on the Hill.

Our activities kicked off with a special Canada 150 Harvest Reception on October 23rd at the prestigious Sir John A. MacDonald building. Check out the photo gallery. 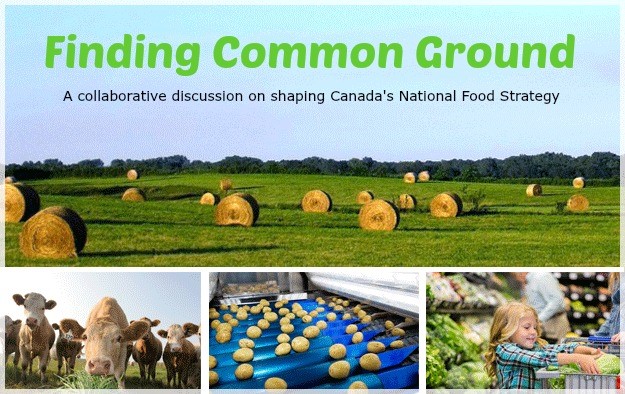 Leading up to the federal government’s summit on creating A Food Policy for Canada, CFA released a summary report from our own collaborative session, the Finding Common Ground session held on June 5. This event saw a range of stakeholders exploring how Canada can work toward developing a unified national food policy. Participants shared their thoughts and identified opportunities, obstacles and potential directions for the policy themes identified the government’s consultation. This session contributed to CFA’s involvement in an ongoing, multi-stakeholder collaboration which has focused on an ambitious research and advocacy effort regarding the need for a National Food Policy Council. Around the same time, CFA representatives worked with editors at Policy Options magazine to develop an editorial article on this topic.

Talks with an array of government officials and stakeholder groups have continued at various fora, such as the FPT Ministers Roundtable. Most recently, CFA and its partners sent a joint letter to Minister MacAulay. The letter, signed by more than 50 other organizations, calls for the creation of a National Food Policy Council. CFA sees this council as a means of ensuring that farmers have a place at the food policy development table. See the news release and joint letter.

9- A closer look at carbon pricing

This year, CFA created a Special Interest Committee on Carbon Pricing. Participants have met several times over the year to examine issue linked to carbon and develop a draft policy statement. The committee recently heard a presentation from an expert in agricultural offset protocols to discuss the challenges and potential opportunities from climate policies to benefit agricultural producers. We anticipates that to finalize the climate change policy in time for the 2018 AGM in February.

In addition to our committee work, we are sharing insights with members and other interested parties. Our executives and staff gave several presentations last year to parliamentary committees, the CFA 2017 AGM, industry webinars, and attendees at farm group meetings, such as the Carbon Summit hosted by the Agricultural Producers Association of Saskatchewan and the Sustainability Conference hosted by Dairy Farmers of Canada.

Considerations around carbon were also part of discussions at the 2nd National Environmental Farm Plan Summit, which CFA helped to organize this past fall. 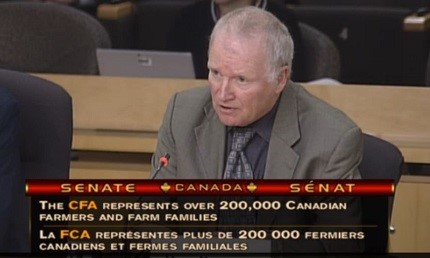 CFA coordinated a range of efforts to highlight agricultural labour issues. This included meetings with the Minister of Employment, Labour, and Workforce Development, Patty Hajdu, representatives from the Prime Minister’s office, and officials from Minister MacAulay’s office. We specifically requested to create an interdepartmental advisory council to connect officials from various departments together with key agricultural stakeholders.

Our Director of Business Risk Management and Farm Policy, Scott Ross, has also joined the Labour Task Force, a group focused on examining the issues of labour management and the challenges posed by shortages facing the Canadian agricultural and agri-food sector. 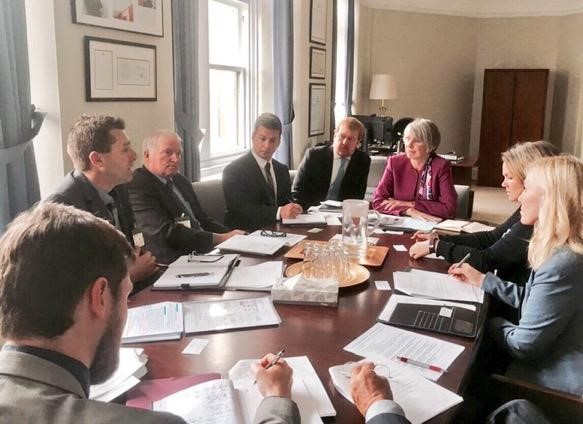 CFA looks forward to 2018 and the bright future of Canadian agriculture.