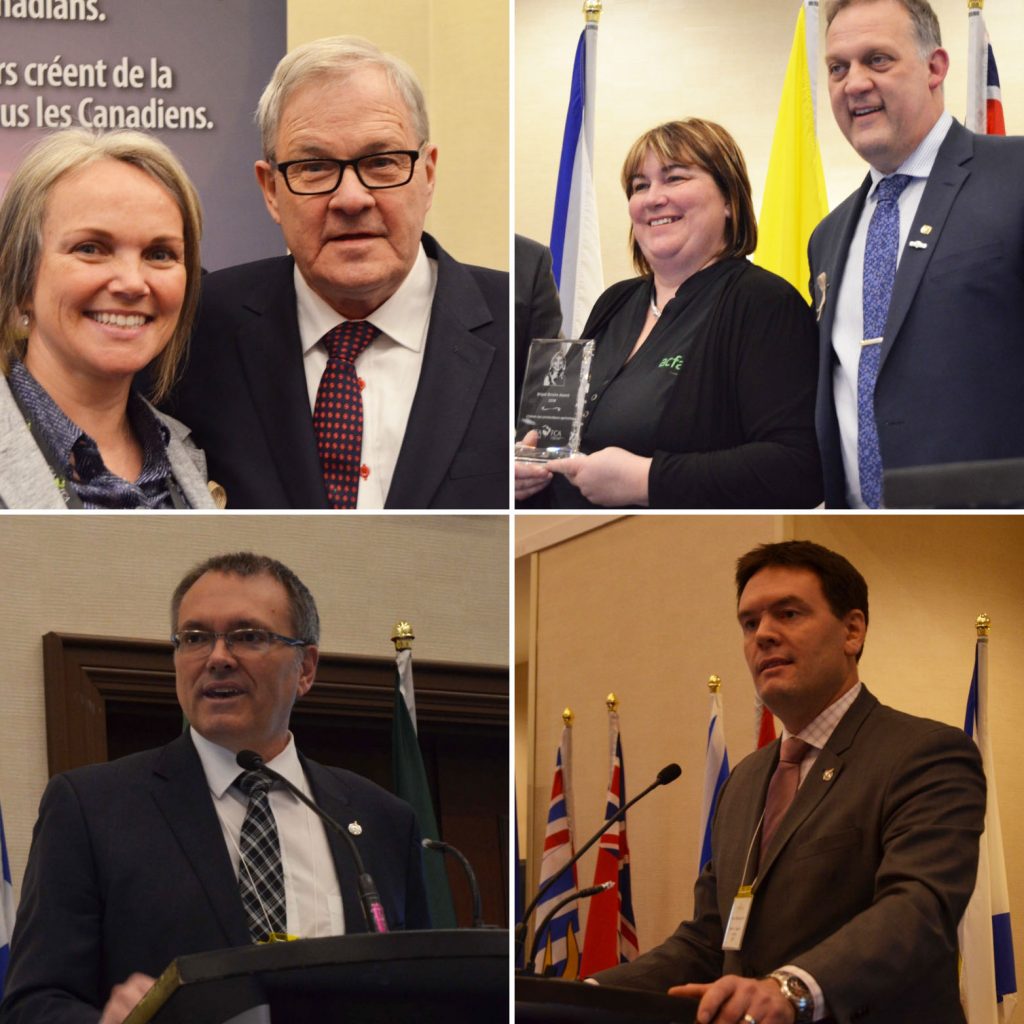 “We want to show how investments in rural Canada and the agricultural sector can have benefits for Canada as a whole socially, economically and also environmentally ,” said Ron Bonnett, CFA President.

During his opening keynote, Agriculture and Agri-Food Minister Lawrence MacAulay highlighted the successes of agriculture but also took a look at chronic issues and upcoming challenges. He also announced the new FCC Starter Loan program, which will help new, young farmers break into the sector while providing them with the finances and knowledge they need to succeed.

Delegates also took part in a panel on the Future of Canadian Farming, hearing from Frédéric Seppey from Agriculture and Agri-Food Canada, Howard mains from the Association of Equipment Manufacturers and Len Kahn & Andreas Duess from Nourish Food Marketing.

Keith Currie, President of the Ontario Federation of Agriculture, was elected as 1st Vice-President.

Further information on the new executive team can be found here.

Among the other AGM speakers were Luc Berthold, the Conservative party agriculture critic; Alistair MacGregor, the NDP’s agriculture critic; and Marty Seymour, Director of Industry and Stakeholder Relations at Farm Credit Canada. Christa Wright, of Agriculture in the Classroom Canada, outlined the outreach efforts her organization takes to educate children about agriculture.

There was also the presentation of the first annual Brigid Rivoire Award for Champions of Agricultural Mental Health, an award that goes to an individual or organization that has been doing work in the field of agricultural mental health. This year’s winner was the UPA’s Sentinel program. A profile of the program can be viewed here.

CFA’s new executive team will work together to make the voice of farmers across the country heard. Through collaboration and teamwork we can show how important agriculture is to Canada, and how we can all strive to unlock its potential.